Had it all been by chance? Business
completed early, over café-au-lait
at Aux Deux Marie, so a foray down

Rue Saint-Denis, past the old-world
embellishments, shoehorned among
the bustling crowds in Plateau Mont-Royal.

And there it was, unassuming, an old
curiosity shop out of Dickens, window displays
enticing pause, bars protecting militaria

Nuremberg, Counsellor Smirnov rose
to the Tribunal, resuming his evidence:

their crimes was to burn the remains;
but the same base, rational SS

devising other methods for complete
annihilation of human bodies,

which would not only conceal
evidence, but serve other purpose.'

Foraging among the emblems, batons, pistols,
he was aware of someone watching quietly,
from the shadows; and as he hesitated

in front of a simple walnut box, that someone
cleared a throat. The Proprietor approached,
and with a "Je vous attendais,"

lifted the box onto the counter. A flick
of the wrist, and the lid was open.
Inside it, on a flat, wooden pedestal –

a yellowish ochre bar, imprinted with the
angular swirl of a swastika. Beside it, a card,
with the inscription "Pologne 1944".

'Such as the manufacture of certain
products. I submit to the Tribunal

Exhibit Number USSR-197, the testimony
of one of the direct participants,

Sigmund Mazur, who was a laboratory assistant
at the Danzig Anatomic Institute.'

'Q: Tell us how it was made.'
'A: In the courtyard of the Anatomic Institute

a one-story stone building of three rooms
was built during the summer of 1943.

This building was erected for the utilization
of human bodies. During the winter of 1944

Professor Spanner ordered us to collect,
and not to throw away, certain human material.'

"Cet artefact," the Proprietor said.
"It has been here since I started this
boutique du collectionneur after the War."

He leaned forward. "People should understand,
people need to understand. Especially
this." A gesture around the ephemera

of another age, ranged oppressively around
them. "Bien, Monsieur, you see how it appears.
The question is this: Do you know

what it is you hold there, exactly?"
In the visitor's hands, the Proprietor
had placed the object. Soap.

'It was in February 1944, Professor Spanner
first gave me the recipe for the preparation

of soap. According to this recipe 5 kilos
of human fat are mixed with 10 liters

The soap floats to the surface while the water
and other sediment remain at the bottom.

A bit of salt and soda is added to this mixture.
Then fresh water is added, and the mixture

again boiled 2 or 3 hours. After having cooled
the soap is poured into molds. The soap

has an unpleasant odor, and in order to destroy
this odor, benzolaldehyde is added.'

The Proprietor turned it over. "Verso,
had it been inscribed R.I.F.," he said,
"the initials for the Reichsstelle für

Industrielle Fettversorgung, in charge
of wartime production of washing products,
it would likely have no suspect material.

But with unmarked artifacts from a Danzig
institute, one laboratory undertook analysis,
and forged that final evidentiary chain

missing from the trials, the human link."
Here, in Montreal, on the object he held,
there were – as in Nuremberg – no initials.

'I boiled this compund from the bodies of both
women and men. The process of boiling alone

took several days - from 3 to 7.
Over 2 manufacturing cycles more than

25 kilograms of soap were produced.
The amount of human fat necessary

for these 2 cycles was 70 to 80
kilograms collected from some 40 bodies.

The finished soap went to Professor Spanner,
and to Reichert, Borkmann, Von Bargen.

Spanner personally used this soap.
For myself I took 4 kilograms

of this soap. For my personal needs,
I also used this soap.'

"Les Catholiques, they have a word,"
said the Proprietor. "Transubstantiation.
The changing of the essence of bread and wine

into the body and blood of their redeemer."
In the light the brown was splotched
with white. "What this is, Monsieur,

is the transubstantiation of the essence of –
not divinity – but humanity, into a form as
unextraordinary as bread or wine,

but which contains in its substance,
in its essence, the distillation of
l'âme humaine, the human soul."

'Exhibit Number USSR-272,
submitted to the Tribunal, the written

a corporal of the Royal Signals.'
'The corpses arrived at an average rate of

2 to 3 per day. Most of them had been
beheaded. A machine for the manufacture

of soap was completed sometime in March
or April 1944. It consisted

with some acid and melted down. This
process of melting down took about 24 hours.'

"And yet in many ways," the Proprietor continued,
this mystery surpasses even transubstantiation."
The Proprietor turned the soap back to the

arrogant crucifix of the swastika. "You understand,
Monsieur, they would have you believe
that the words spoken at la dernière cène –

This is my body, this is my blood –
were statements of fact, to be accepted on Faith.
But this artifact, it makes itself accessible

to chemical reagent and spectrometer, the way
the bread and wine cannot. What place is there,
then, for Faith, when you can test for Truth?"

'Some acid was also used in this process.
I think it was caustic soda. When boiling

had been completed, the mixture
was allowed to cool and then cut into blocks

for microscopic examination. I cannot
estimate the quantity produced, but I saw it

used by Danzigers in cleaning tables
in the dissecting rooms. They all told me

it was excellent soap for this purpose.'
The Counsellor rose. 'I submit

some unfinished and finished materials,
which from the exterior, seem like nothing

more than ordinary household soap. I submit
this to the Tribunal as Exhibit USSR-393.'

The Proprietor returned the bar to its casque,
turned it around; on the rear, just below the rim
of the lid, a small square of paper, a label.

"Voici, mon ami," the Proprietor said,
and offered up the box, so that the white tag's
numbers burned level with the visitor's eyes.

"Is this not a fair price for a human soul?"
For a breath, as after a consecration bell,
the abyss held him in its gaze - Kaliningrad,

Email ThisBlogThis!Share to TwitterShare to FacebookShare to Pinterest
Labels: In Memoriam, War and Remembrance 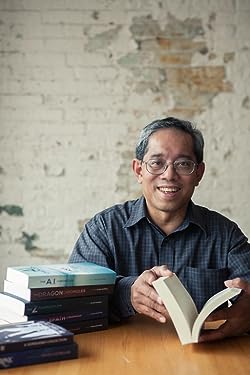